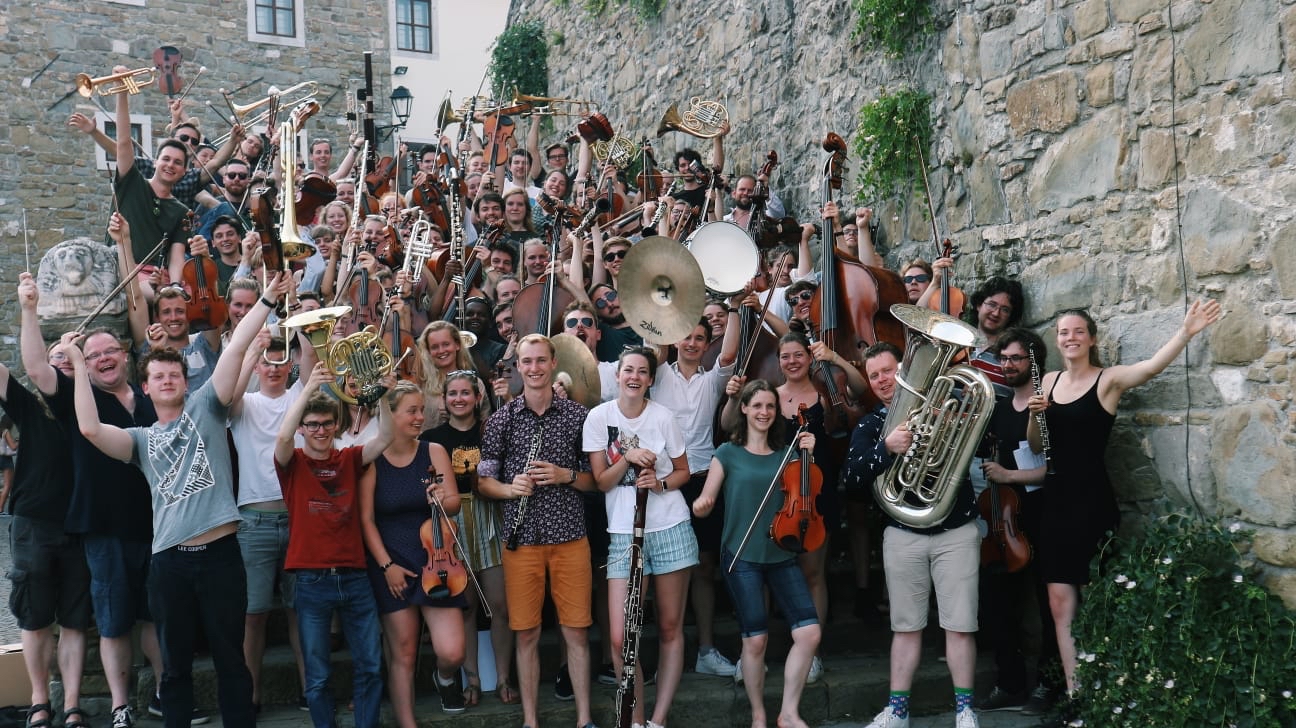 Like every year, also in 2019 the VU-Orchestra went on tour. This year the tour had multiple destinations. The journey began in Thorn (The Netherlands), where the orchestra played a concert in a beautiful church. After this, a long bus ride took the orchestra to Sankt Margarethen im Lungau, a beautiful mountain village in Austria, where the orchestra had the honour to play at a local festival. The next destination was Trieste, Italy. Here, a wonderful concert was played at a magical location. The last four days of the tour where spend in Ljubljana, Slovenia, and ended with a concert in the Ljubljana Philharmonic Hall. The final concert was given in the Muziekgebouw aan het IJ in Amsterdam.
The tour was a great success with lots of fun and new musical experiences!

Here are a few video recordings of some of the concerts of the tour.